Introducing the TACTICAL TRIGGER UNIT (TTU), an all-new modular trigger unit that can be easily installed in any AR pattern rifle by the end user in less than 1 minute without tools or even removing your selector.

Exclusive Wilson Combat® Engineering Has Created a Truly DROP-IN Trigger Unit With an Ultra-Crisp Trigger Pull That Does Not Require Any Fine Tuning or Adjustment By The End User.

Based on feedback from competition and tactical shooters we have developed an exciting new variant of our Drop-In, Bullet-Proof AR Tactical Trigger Unit-The all-new TTU-3G (G-Gun).

Wilson Combat engineers have enhanced the TTU-3G trigger with a smooth, rolling, creep-free break that is ideal for shooting rapid double-taps on the move from your high-performance AR-15.

The pull breaks with the extreme smoothness of finely tuned target-pistol trigger and has tactile feedback that gives a shooter the confidence to prep the trigger face during quick target transitions. The TTU-3G also has an enhanced, lightning-fast trigger reset that will make fast follow up shots a breeze and eliminate "trigger freeze" during the heat of competition or tactical shooting.

Whether you are a tactical or competition oriented shooter looking for the latest advantage on the range, the smooth break and the fast reset of the TTU-3G will definitely impress you with its feel and construction.

Drop-one in your AR-15 today and immediately improve your shooting.

Because of the short, fast reset of the TTU, always use a firm grip and solid hold when shooting from the bench or prone to ensure that bump firing does not occur.

"I have put your single stage AR trigger on all of my private rifles and several of the school's rifles. These include Bushmaster 9mm, S&W 15-22 and several other AR-15 / M-4 clones. The triggers work flawlessly." 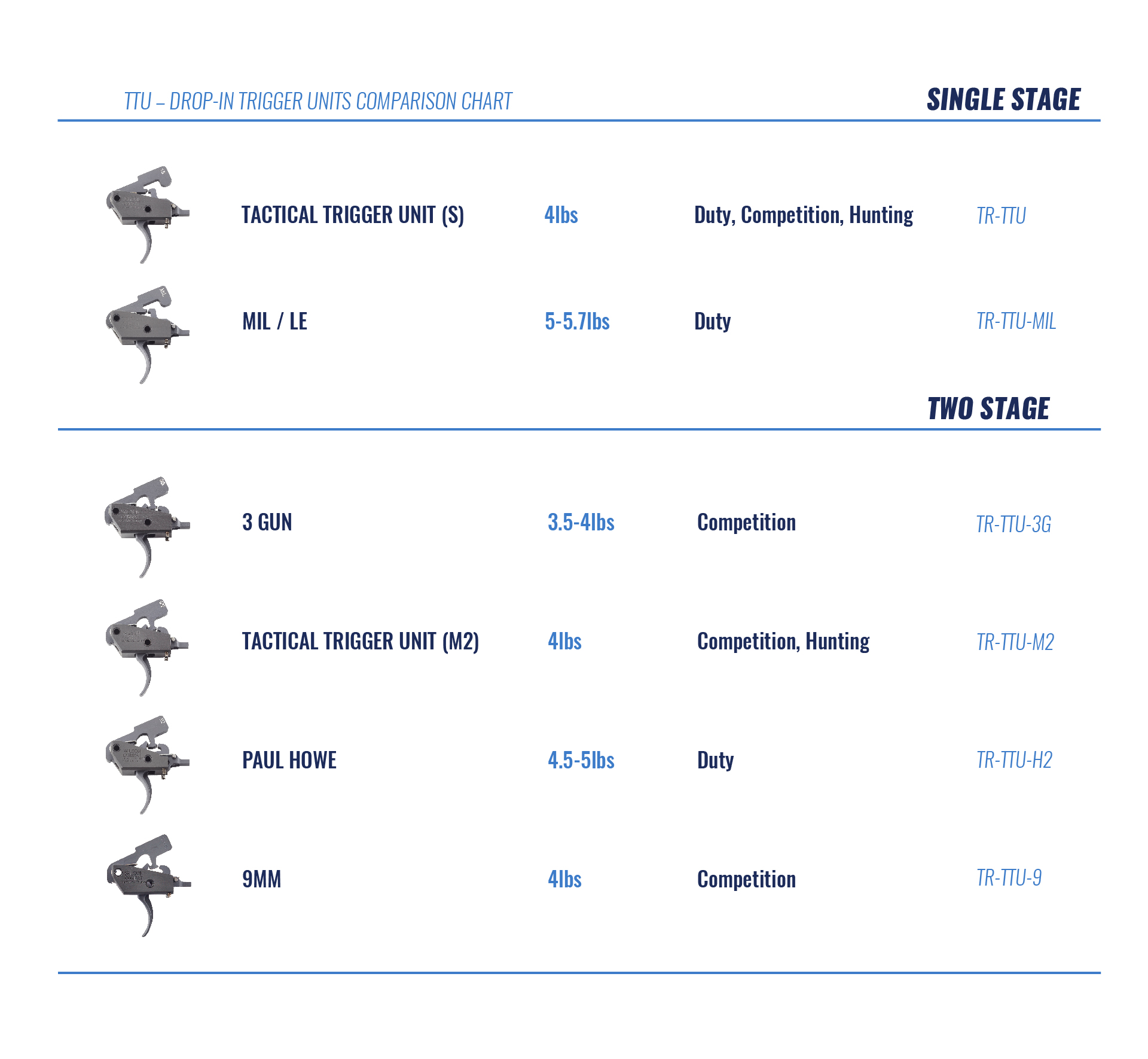